(room becomes silent, all turn to look at the engineer)

AND SO IT BEGINS:

Soon – on an ElectricFlow server in a data center near you!

OK, enough with the cheesy script..

You may not want to.. (rarely, does someone wake up in the morning feeling like ‘this is a beautiful day to do a deep-dive into Access Control.’ ) —  but trust me: you REALLY do need to talk ACL. Like, now.

The Electric Cloud Professional Services team has recently wrapped-up a long term engagement at a major US financial institution, where as part of the extensive implementation, we were asked to implement extremely fine-grained  access restrictions on multiple  objects in ElectricFlow, like:

One of the main requirements was to make sure that those with access to the DEV environment did not have access to PROD. This separation of roles and environments can protect against possible breaches, where  if someone might insert some malignant code in DEV, it cannot be pushed in PROD by the same person, but requires a separate tier of stakeholders to  be involved and serve as a check-point/gateway for promoting changes through to higher environments.

Our experience has taught us that properly defining ACLs (Access Control List) for large-scale organizations is not a simple task. It  requires thoughtful planning, due to the powerful restrictions or permissions that ACLs provides, which are ubiquitous throughout your pipeline and all your procedures. Without careful consideration and planning, changing these ACLs mid-way can make things very complicated, particularly for large enterprises with fine-grained permission levels, separation of duties and approval processes.

Thinking about ACLs early in the process of your implementation and pipeline development will help you design and maintaining an Access Control policy that:

Here are some things to keep in mind when designing your ACL policy:

How it can go wrong:

Against our recommendations, the customer decided to overwrite permissions manually, to allow for a quick resolution in QA1 environment for testing to resume.

While this may seem like a good idea  to save time, remember that the gains are very short lived: temporarily overwriting the ACL definitions in the system, or having inconsistent definitions across the different environments, not only compromises the rest of your ACL testing (since permissions settings are manually overwritten), but essentially may compromise your auditability and security altogether.

As we expected, since the configuration on QA1 was overwritten, we ended up finding some additional permission settings that needed fine-tuning in the higher environments of QA2, and even PROD, which we fixed later in the process.

The lax ACLs also enabled some team members to ‘take advantage’ and bypass some of the mandatory environments, tests, or gateways along the pipeline. For example, a team that was given temporary permission to bypass DEV and QA1, suddenly decided to develop a new feature straight on QA2, without validating this code in lower environments and integration tests. Also, the sporadic changes to different environments along the pipeline caused numerous configuration drifts and code drifts, so that code that had been developed on DEV could not reliably be run on the higher environments.

Remember: your developers and Ops folks all have good intentions. Truly. But it’s also human nature to try to bypass some of the rules and checkpoints in place, if we feel it might make our job even slightly faster. What ends up happening is that these decisions to bypass automation for ACL (or other security validations) slow down your entire release pipeline, and can severely jeopardize your product quality, production environment and service continuity.

As you can see, the few hours we might have saved by taking a shortcut on QA1, were paid multiple times over later.

So, after these ACL wars, we’ve all gained a few more grey hairs than when we started 2016. Here are some lessons we learned:

Feel free to share your own ACL horror stories in the comments below, or else we are bound to repeat our mistakes if we don’t learn from our history.

And going into 2017, I wish all of us that the next time we implement ACLs, it flows a bit less like a war movie, or a nail-biting thriller – and more like a romantic comedy: we make one or two minor glitches mid-way, recover quickly, laught about it, and end with a “happy ever after”! 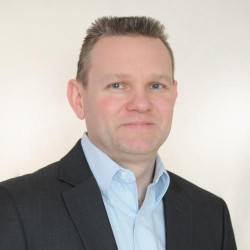 Laurent Rochette is a Professional Service Engineer with Electric Cloud. He trains customers on our products and help them with deployments and consulting to enable them to use our products effectively. Prior to joining Electric Cloud, Laurent served as an IT Architect at Mentor Graphics. Laurent holds a Master degree in Computer Science from the Grenoble Polytechnic Institute (INPG) in France.

« Previous Post: New! ElectricFlow Container Management Plugins: Deploy to Amazon ECS or Google Container Engine (GKE) with a Click of a Button
Next Post: The Hard Truths about Microservices and Software Delivery – Watch our LISA16 Talk »